Check what you are missing! 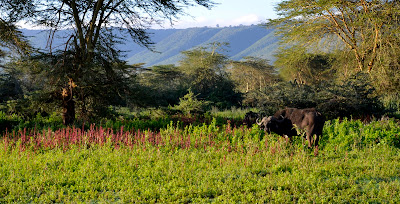 This is what you normally see when travelling to Africa, in special if you go to Tanzania and visit the Ngorongoro Crater.
Postar um comentário
Leia mais 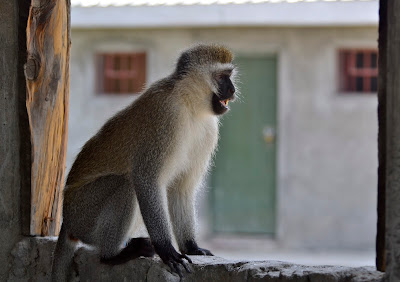 They look so nice and innocent when come to visit you at the campsite, but as soon as they see an opportunity, they will go for your food, either food or any object you might have in hands. At the end of the day, it's a great chance to get good shots.
Postar um comentário
Leia mais 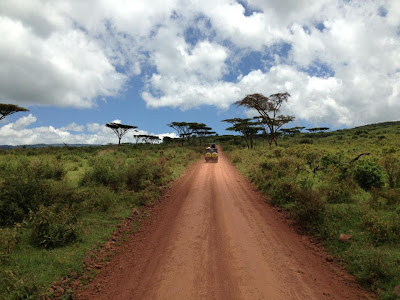 It was late in the afternoon when we arrived at the top of Ngorogoro Crater to camp before going down on the next day. With an altitude of 2.400 m, it was noticeable either the thin air, as well as the temperature, especially over night.  Our visit started to be interesting when the guide told us not to leave any food or even tooth paste inside the tent, as wild pigs and elephants would come to investigate and chase our tents, which wouldn't be a pleasant experience. Together with the instructions we were also told that the night before lions were surrounding the camp! Very motivating! After checking every little pocket inside my bags, where I found peanuts I have taken from the airplane, I had my dinner and went straight to bed. I always knew that elephants and peanuts would match and I was quite pleased to find it before going sleep.  The day after our wake up call was at 5 am as we had to put tents down and leave before 6:30am.  While we were going down, I coul
Postar um comentário
Leia mais 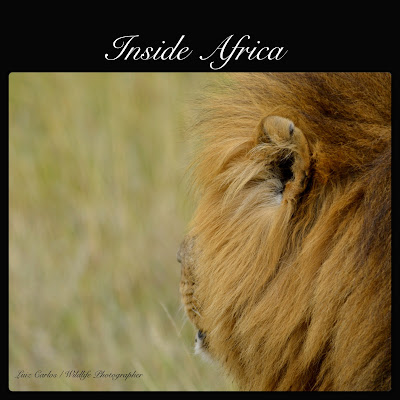 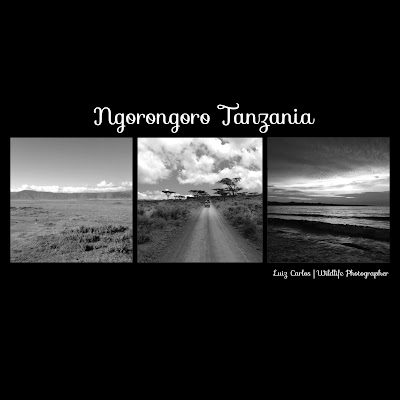 The Ngorongoro Conservation Area (809,440 ha) spans vast expanses of highland plains, savanna woodlands and forests, from the plains of the Serengeti National Park in the north-west, to the eastern arm of the Great Rift Valley. The area was established in 1959 as a multiple land use, with wildlife coexisting with semi-nomadic Maasai pastoralists practicing traditional livestock grazing. It includes the spectacular Ngorongoro Crater, the world largest caldera, and Olduvai Gorge, a 14km long deep ravine. The property has global importance for biodiversity conservation in view of the presence of globally threatened species such as the black Rhino, the density of wildlife inhabiting the Ngorongoro Crater and surrounding areas throughout the year, and the annual migration of wildebeest, zebra, Thompson and Grants gazelles and other ungulates into the northern plains. Definitely one of the most beautiful places I have ever been in my life!
Postar um comentário
Leia mais 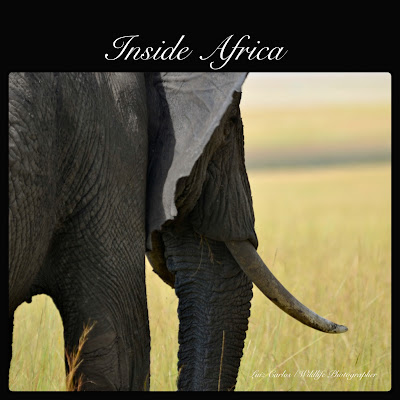 There is no words to express how beautiful Maasai Mara is, and in special, their habitants. See this big bull and the landscape behind it. This is a place I need to return and stay for few days, driving everyday to cover every little area inside the reserve.
Postar um comentário
Leia mais 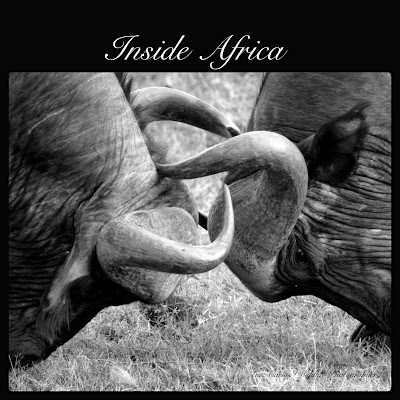 It was almost 10 minutes of a non stop fight between these two big bulls. At certain stage we almost saw one going dead by getting affected by the adversary's horn. At the end, one was declared the winner going pee and showing the others who won the battle.
Postar um comentário
Leia mais 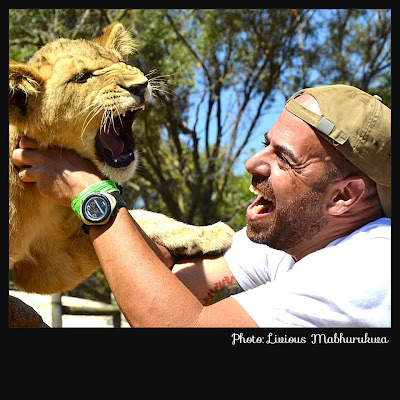 As I said before, if I had only one day left in Africa I would choose to spend it with a pride of Lions!
Postar um comentário
Leia mais 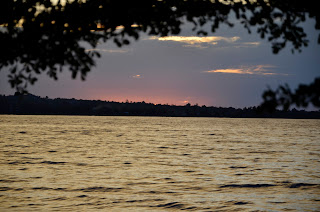 You never get tired to look at such nice view! Sometimes you fell like being in the beach! Waves during the night helps you to fall asleep! Flowers all over the trees and gardens around!
Postar um comentário
Leia mais 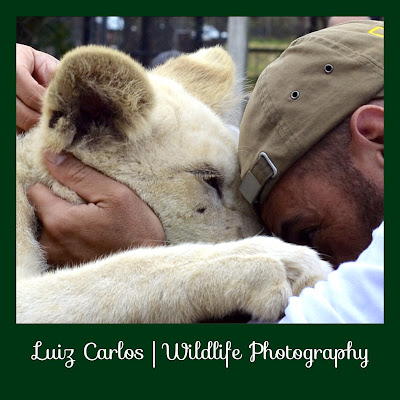 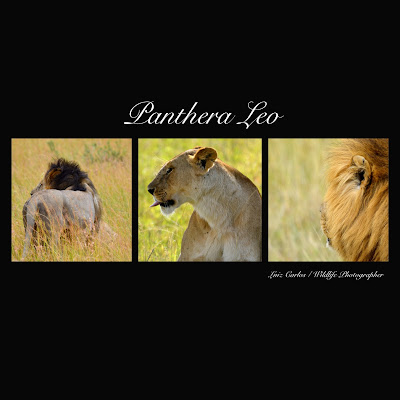 I have no words to express the respect and admiration I carry for this magnificent animal. These three images were taken inside the Maasai Mara Reserve in Kenya, a place I wish to return as soon as I can!
Postar um comentário
Leia mais

All we need is love! 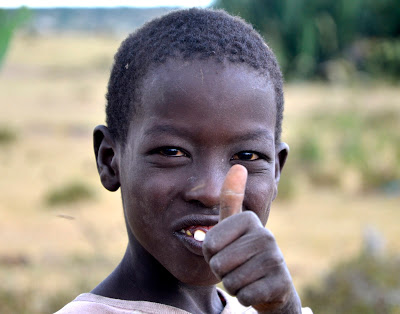 A little boy in the Maasai Mara village, with a large smile in his face and always doing a positive sign with his finger. What a great lesson I took from this trip and from the visit performed inside this village.
Postar um comentário
Leia mais 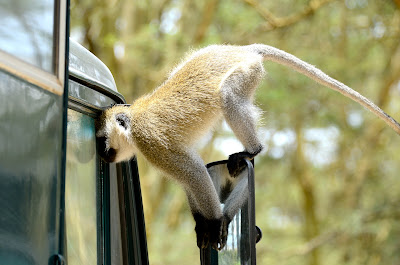 That was the instructions every time we park the truck... PLEASE keep all your windows closed to avoid surprises... They are very nice, funny and naught, can get the food out of your hands within seconds.
Postar um comentário
Leia mais 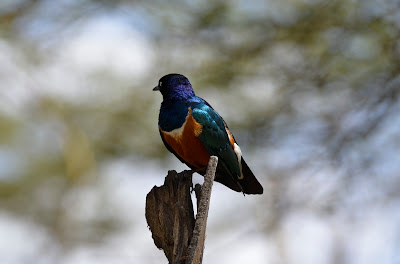 During this trip I had plenty of time to wonder why man should be divorcing himself from natural life!
Postar um comentário
Leia mais 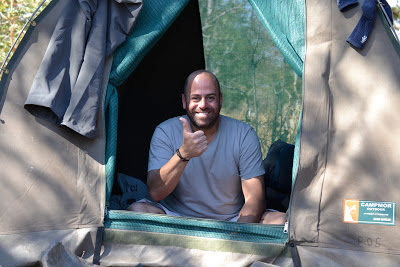 After quite a long time planning our trip, I am very glad to say that expedition III is now ready to depart. We are all very excited and waiting to meet the nature again, the real wildlife. I must say thanks for those who hel ped us during the whole process of logistics and also back stage of our wildlife project, as well as all my friends that are crossing fingers to receive good news, and why not some beautiful images from the sacred place called AFRICA! See you in 20 days time! Luiz Carlos | Wildlife Photographer w i l d l i f e p r o j e c t
1 comentário
Leia mais
Mais postagens